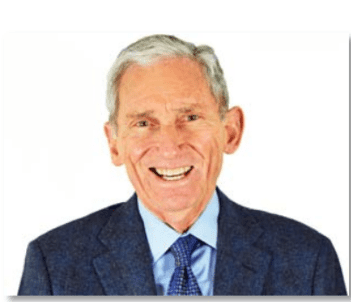 I am grateful for the opportunity to add comments from the Jewish community’s perspective to the excellent discussion of AMJID prepared by my dear friend and dialogue partner, Dr. Faroque Khan.

To begin, the tensions and dangers today faced by the Muslim community in America were unimaginable when the seeds of dialogue were planted in 1992 by the Islamic Center of Long Island, Westbury, and Temple Beth-El of Great Neck. Nonetheless, I believe that because of the over quarter of a century of that relationship and its influence and off-shoots throughout the United States, we are in a far better position to challenge effectively the all too ubiquitous Islamophobia, anti-Semitism and nativism of the present time.
I was most anxious to reach out to the Islamic community 26 years ago. Having been Chairman of Reform Judaism’s Interreligious Commission, I had shared a panel or two with national Muslim spokesmen. But I felt the conversations had no people-to-people grounding, just talk between organizational professionals. Rather, it seemed important for our communities to have real contact. America was moving toward a Balkanization that was dividing our population. Every group was claiming its own power, culture and language. Arthur Schlesinger, Jr. wrote a book on this new separatism, The Disuniting of America.

The Muslim population here was beginning to grow; we were no longer a country of just Catholics, Protestants and Jews. In addition, Jewish scholars reminded us that Jews and Muslims are “the children of Abraham.” Our history under Muslim rule in Spain, though imperfect, was very fruitful. Professor Bernard Lewis of Princeton wrote, “In the Middle Ages…with few exceptions, whatever was creative and significant in Jewish life happened in Islamic lands.” And in modern times, Jews in the Middle East had been part of the culture and language of the Muslim world. Though ending badly, it had been a productive coexistence.

But on the part of American Jews, there was a profound ignorance about Islam, and Jewish Muslim contacts were practically non-existent. So, as Dr. Khan movingly reports, we found one another again. While the idea of this interaction was begun with trepidation on both sides, partly because of Middle East tensions, we connected and began.

At first, it was a group of Muslims and Jews from the two communities meeting in homes, talking about their personal lives: about being immigrants to America, about aspects of our religions that were most important to us, about Jewish and Islamic beliefs, practices, attitudes and sacred texts. After several years, we widened the circle to include the people of two congregations; we invited one another to worship together, shared a Passover Seder, concluded a Ramadan fast at the Temple, built a Sukkah in the Mosque, welcomed children to visit one another’s religious schools, and joined in social justice work in the Long Island community.

Early on, we purposely avoided discussions about the Israel/Palestinian conflict, but with the eruption of Intifada II in 2000, we knew it had to be on the agenda. So we talked, listened, argued and got angry. But with our friendship and trust intact, we would share coffee and refreshments, shake hands and vowed to keep the conversations and activities going. And we did!

Here are a few of the many noteworthy events in the years that followed: Immediately after the horror of 9/11 we worshipped together at Temple Beth-El, bringing comfort to one another. Subsequently, the two congregations met at the Mosque and the synagogue as part of a series concerning controversies regarding Jerusalem. We gathered at the Temple to discuss the contentious Danish cartoon episode. We confronted a powerful US Congressman who persisted in demonizing the ICLI and all American mosques as havens for terrorists. All of these projects and many more involved the two institutions; there were at times hundreds of people present.

As a result of the successes of AMJID programs, other communities have followed our initiatives. As well, Dr. Khan, Dr. Ingrid Mattson and other national American Islamic leaders have been frequent guests of many Jewish gatherings, some quite significant, such as the Union of Reform Judaism and the Hebrew Union College. These contacts continue.

We came to realize that American Muslims and Jews are true allies in the struggle for civil liberties. When the American tradition of separation of church and state is under siege, as is presently the case, the integrity of minority faiths especially is in jeopardy. The democratic pluralism for which this county stands requires continuous protection from the evangelical fundamentalists who seek to legislate their sectarian ideologies, impinging on the freedom of non-Christians regarding women’s rights, same-sex marriage, the teaching of science, climate control and more.

When Islamophobia was beginning to explode in this country, and sadly within portions of the Jewish community as well, we came together to confront demagogic purveyors of hatred and virulently anti-Muslim views who seek to vilify the Islamic religion and its adherents. The press has recorded these important struggles.

The importance of our work and message is now part of the American record. We are thankful for what we have shared and for the opportunities and liberties of this land of freedom that permit us to work together.

"How good and how pleasant it is when brethren dwell
together in peace."