A brief history of the Jews in India and the Paradeshi Synagogue in Kochi Dr. Unni Mooppan

A brief history of the Jews in India and the Paradeshi Synagogue in Kochi Dr. Unni Mooppan 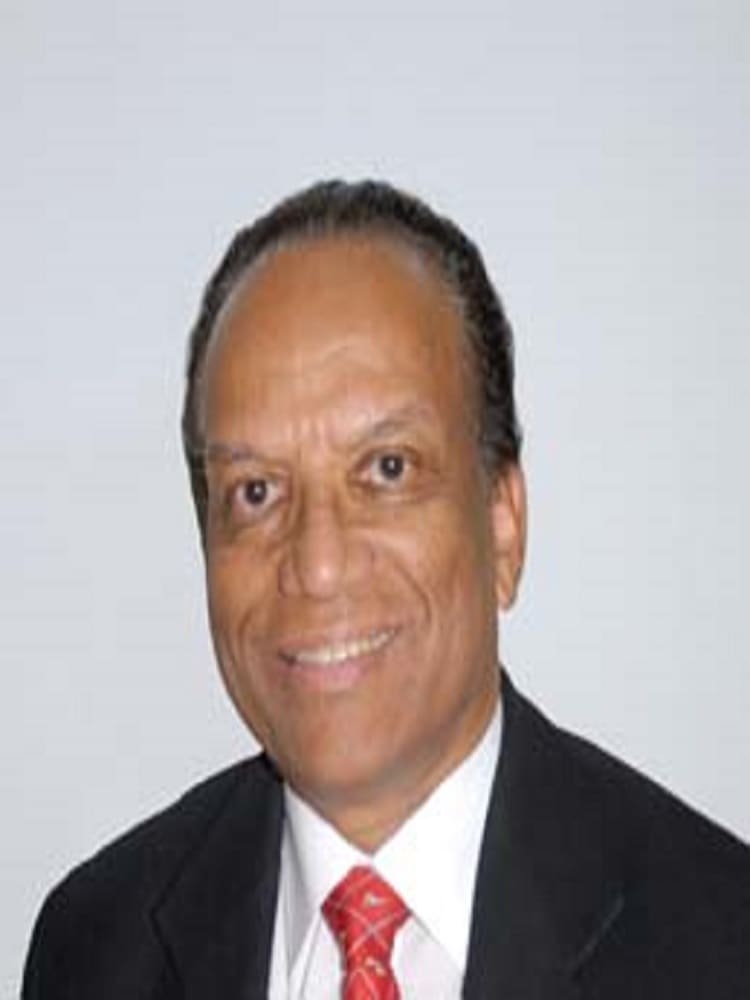 Judaism was the first foreign religion to reach India. Kerala, the Southern state situated on the West coast of India, had the unique opportunity to have all the three Abrahamic religions reach its coast through the sea, as the state of Kerala is separated from the Middle East only by the Arabian sea; and trade between Kerala and the Middle Eastern countries were thriving. This was the reason Judaism reached Kerala five to six hundred years before Christ, Christianity reached Kerala through Apostle St. Thomas in 52 AD, and Islam reached Kerala very early and the first mosque in India was built in Kodungallur (Cranganoor ), Kerala, in 729 AD.

History shows that the Jews reached India along with the merchants of Hebrew King Solomon. There are records showing Jews arriving in Kochi in 562 BC. There were mainly three areas where Jewish people lived in large numbers, as indicated in the map above: Kochi ( Cochin ) in Kerala, Mumbai ( Bombay ), and Kolkata (Calcutta) in Bengal. Their population peaked at about 20,000 by 1940s. They were mainly businessmen and traders. After the creation of Israel in 1948, majority of the Jews migrated to Israel. The reason for the migration was purely personal and voluntary. India was one country where Jews were never ill-treated or persecuted. In 1947, after India became independent, a rule was passed that to own property in India, one has to be an Indian citizen. One year later when Israel was established, one of the reasons for the mass migration could have been this newly passed land ownership law. 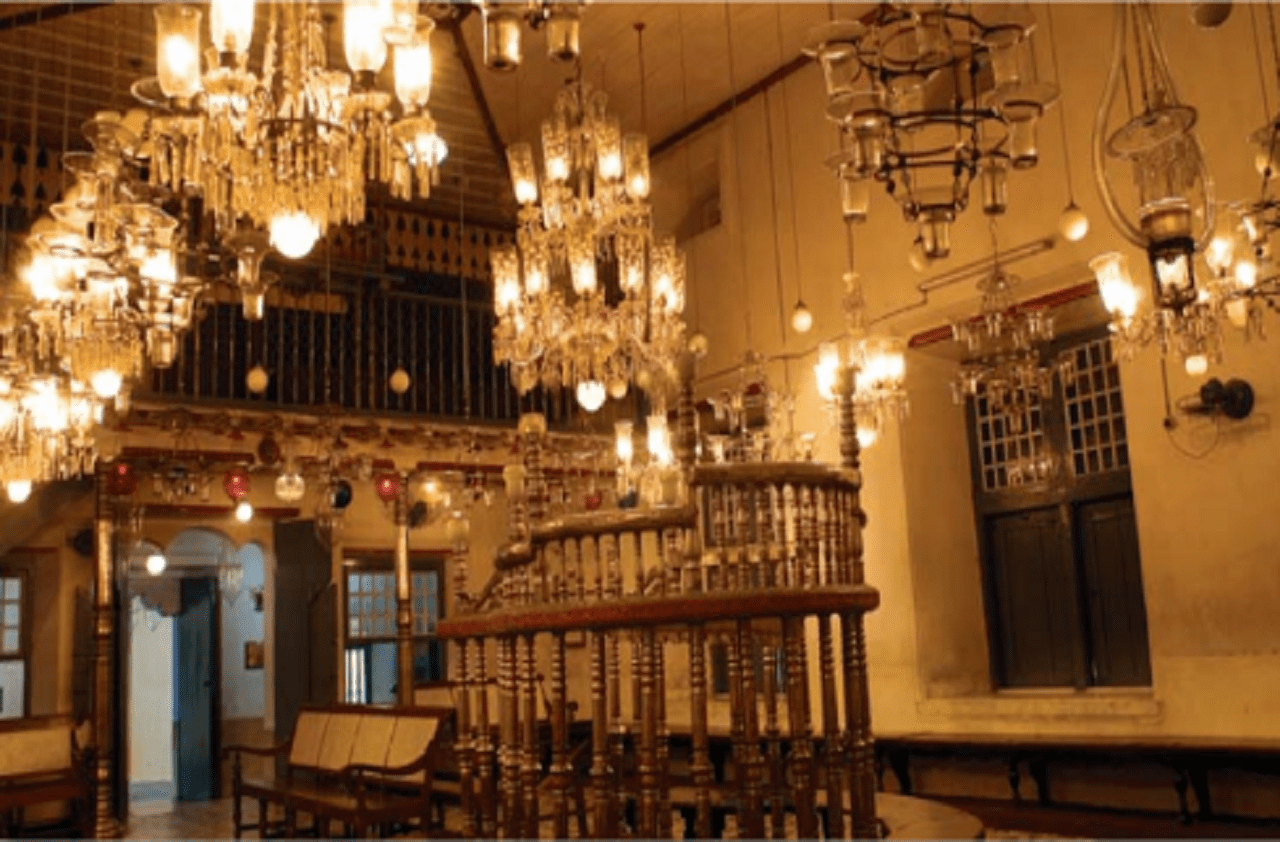 The original synagogue in Kerala was built in Kodungallur ( Cranganoor ) in 4th century. The present Paradeshi Synagogue in Kochi was established in 1568. It is called Paradeshi synagogue because the Sephardic Jews who dominated the area at that time came from Spain and were called Paradeshis. It is the oldest existing synagogue not only in India, but also in the entire Common Wealth of Nations. It was damaged badly by the Portuguese in 1662. By 1663, Dutch became very powerful in the region; and with the help of the native Raja ( King ) of Kochi, the synagogue was rebuilt and modernized. It has very colorful Chinese tiles, Belgian chandeliers and many unique artefacts. The 1600 years old copper plates, with inscription by the Indian rulers giving special privileges to the Jews, are a proud possession of the synagogue. The synagogue is one of the tourist attractions in Kerala. In 1968, when the 400th year anniversary of the synagogue was celebrated, Indira Gandhi, the Prime Minister of India at that time, attended the function.

A few of the References:
Wikipedia
“Jewish Synagogue in Fort Kochi”.
Enchanting Kerala: Keralatourism.org
Welcome to God’s Own Country.
“Solomon To Cheraman” --Miu Ittyipe
“Outlook”-Febr.20, 2012
“Jews of India- The Cochin Jews”. The South Asian .
“Of Kerala, Egypt and the Spice Link.”-Kavya Pradeep Kumar. “The Hindu”, Jan 28, 2014. 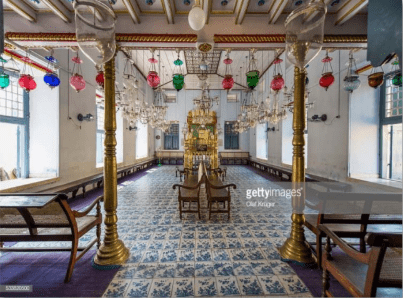