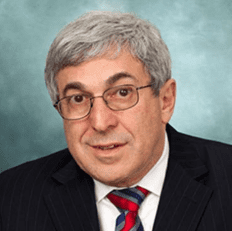 The Muslim-Jewish Advisory Council first convened in November 2016. The Council brings together 46 civil society, religious and business leaders from across the United States to advocate for domestic policy issues of common concern to the Muslim and Jewish communities.

Stanley Bergman, Chairman of the Board and CEO of Henry Schein, Inc., and Farooq Kathwari, President and CEO of Ethan Allen, co-chair the national Council. The American Jewish Committee (AJC) and the Islamic Society of North America (ISNA) are its co-conveners.

Reversing the rise in hate crimes: The Council is focused on combating the rise in hate crimes, especially those targeting Muslim and Jewish communities. According to the latest FBI report issued in 2017, hate crimes increased by 4.6 percent in 2016 as compared to 2015. Anti-Jewish incidents comprise the majority all religious hate crimes, while anti-Muslim incidents rose nearly 20 percent over 2015.
The Council has urged lawmakers to strengthen the country’s response to hate crimes. Most recently, it has been working with Congress to pass the Protecting Religiously Affiliated Institutions Act of 2018. The bill expands the coverage of federal hate crimes laws to include attacks on such religious institutions as schools and community centers. It also states that threats against religious institutions, as well as acts that damage them, are covered under federal law. The bill passed the House last December with overwhelming support and was passed out of the Senate Judiciary Committee earlier this year by a unanimous vote. The Council is resolved to work with federal, state, and local governments to assess efforts at improving hate crimes reporting and achieving full implementation of existing hate crimes legislation, as well as exploring ways to establish firmer, more consistent laws regarding hate crimes.

Promoting the contributions of religious minorities to America: America promises all its citizens equal rights and equal protection under the law. The Council seeks to help deliver on that promise for our communities and all Americans, and to participate in building our country pursuant to its laws and ethical traditions. The Council highlights the contributions of Muslims and Jews to American society and aims to celebrate their contributions in the best traditions of American democracy.

Forming local Muslim-Jewish Advisory Councils: The national Council has formed eight regionally affiliated councils across the United States, in Los Angeles, Philadelphia, Dallas, South Florida, New York, Washington D.C., Houston, and New Jersey. The planned expansion of the Council to locations around the country comes amidst a marked rise in incidents of hate speech and hate crimes, notably the neo-Nazi and white supremacist rally in Charlottesville, Virginia; the bombing of a Minneapolis mosque; and threats to mosques, synagogues, and community centers nationwide. Each regional Muslim-Jewish Advisory Council brings together business, professional, civil society, and religious leaders from the two communities. The councils work within their communities to identify the best ways to address issues of common concern on a local level, and councils across the country are currently working on initiatives relating to hate crimes, domestic terrorism, and other manifestations of bigotry. Dr. Faroque Khan, Dr. Isma Chaudhry, and Shaida Khan represent the Islamic Center of Long Island as members of the New York Muslim-Jewish Advisory Council. Learn more about the Muslim-Jewish Advisory Council at www.muslimjewishadvocacy.org.

Sept 4th 2018. MJAC is proud to announce that The Protecting Religiously Affiliated Institutions Act of 2018, which was championed by the National MJAC, was passed yesterday by the Senate and awaits signing into law by the President.

The bill builds on the Church Arson Prevention Act of 1996, expanding it to include religiously affiliated institutions such as schools and community centers, in addition to houses of worship. It clarifies that threats against, as well as acts that result in damage or destruction of, religious institutions’ property are covered.