After the death of Prophet Muhammad in 632 C.E., Islam spread rapidly from Makkah to much of northern Africa. In 711 C.E., the recently-converted Muslim Berbers, who inhabited the regions of Morocco and Algeria, crossed The Strait of Gibraltar and conquered the Iberian Peninsula.

The invasion of the Iberian Peninsula, today modern Spain and Portugal, marks the first time that Islam had reached the European continent. Muslim forces were in power in the peninsula for over 700 years, and much of that time was nonviolent and peaceful. The coexistence of Muslims, Jews and Christians in the Iberian Peninsula was the longest period in history in which the three groups lived together in relative peace. The cause most often stated for the nonviolent coexistence is traced by many to the Qur’anic law which states people of Abrahamic faiths should be shown tolerance. The Holy Quran makes it clear, leaving no room for any doubt that the Muslims have to regard the Torah, Psalms and the Gospel as book of God revealed to the prophets Moses, David and Jesus respectively and should believe in these and in all books of God without any exception. The Holy Quran refers repeatedly to the previous scriptures, Torah and the Gospels, and claims to confirm and clarify the messages delivered through earlier prophets, and to correct misinterpretations of those messages made by the followers of the prophets who delivered them. The monotheistic religion, therefore, was accurately revealed before, the Qur’an affirms, but those communities who received messages prior to the time of Muhammad became “doubtful and disconcerted” (Quran 42: 13) about it. The Prophet Muhammad (pbuh) did not bring a new religion but came to reestablish and confirm the prototype of Abraham religion, monotheism.

They say: “Become Jews or Christians if ye would be guided (to salvation).” Say thou: “Nay! (I would rather) the religion of Abraham, the true and he joined not gods with Allah.” Say ye: “We believe in Allah and the revelation given to us and to Abraham, Isma`il, Isaac, Jacob and the Tribes and that given to Moses and Jesus and that given to (all) Prophets from their Lord we make no difference between one and another of them and we bow to Allah (Qur’an 2: 135-136 ). 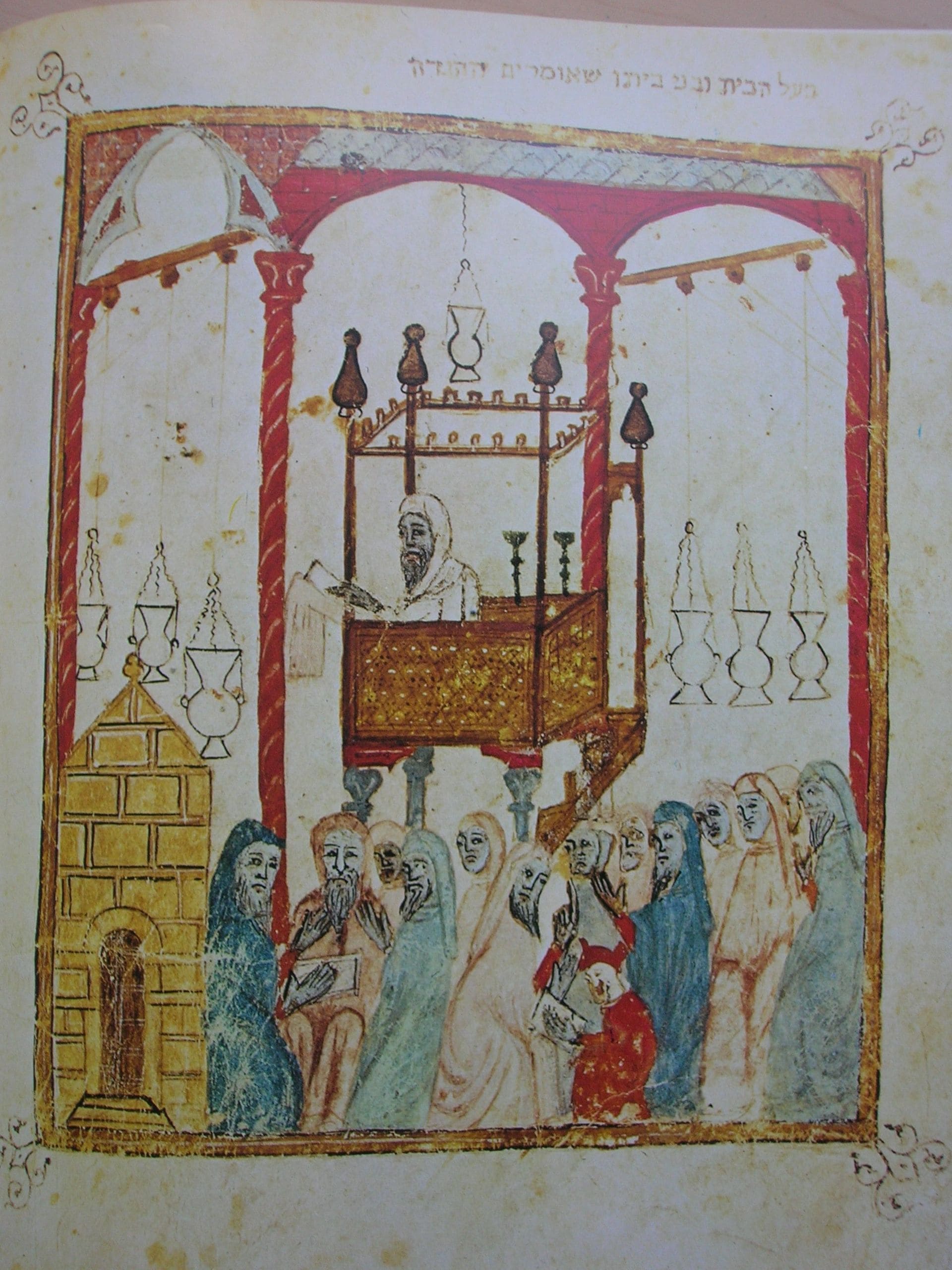 Before the invasion of the Iberian Peninsula by the Berbers, the Visigoths were in power in the region from 586 C.E. to 713 C.E. Under the Visigoths, who were primarily Catholic, Jews were subject to anti-Semitic laws aimed at eradicating them. They were barred from holding public office, or holding power over Christians. These laws crippled the Jews economically, forcing Jewish communities into poverty.

The level of religious tolerance in Iberia was much higher under the Berbers than it had been under the Visigoths. In fact, “Christians were largely unaffected by the change of regime. And, as a result of the fears of the Muslim minority, their day-today contact with Islam was restricted”. The Berbers were able to conquer the Visigothic Iberian Peninsula “not entirely, or even principally, by a function of their military prowess, rather, it was a product of their willingness to offer remarkably favorable terms of surrender to the towns and local lords they encountered”.

The small number of Muslims in the Iberian Peninsula also meant that the recent invaders were susceptible to the influence of surrounding cultures. “The Muslims remained a minority in their empire for some centuries, vulnerable to the appeal of these sophisticated cultures and the danger that the distinctiveness of the ummah and the religion founded in Madinah would dissolve through assimilation” (Safran 579). Perhaps, in part due to the isolation between conqueror and the conquered, Jews were not nearly as restricted after the invasion of the Berbers as they had been during the Visigothic era. They were able to practice their religion freely, without legal restriction, since “Islamic law allowed most conquered peoples to retain their religion. These non-Muslim groups–Primarily Christians, Jews and Zoroastrians–existed in fairly closed communities. Each religious community had its own structure of authority” (Coope 48). Along with Christians, they had to pay a Jizya (a tax on nonMuslims), but they were free to practice Judaism. Since Judaism is an Abrahamic religion, Jews were given religious freedom. “Islamic doctrine distinguishes first between Muslim and non-Muslim peoples and second between those non-Muslims who are, like Muslims themselves, ‘Peoples of the Book’ (that is, Christians and Jews) and those non-Muslims who are ‘pagan’” (Shell 306). These monotheistic ‘People of the Book’ were given the right to practice their religion.

In the Islamic Iberian Peninsula, Jews reached a level of equality that they had never been able to attain under the Visigoths. “By at least the ninth century, Christians and Jews were regularly employed by the Emirs as tax collectors, ministers, and even bodyguards” (Wolf 287). Jews were able to hold offices in the government and govern themselves in their own communities. They also had much more cultural freedom and social mobility under the Muslims than they had under the Visigoths.

As Muslims controlled the government, and became more powerful in Iberia, they were able to elevate the people in their society. Increasingly, non-Muslims were being drawn to the economic and social benefits of being a part of Islamic society. The Islamic law of tolerance toward Abrahamic religions is often given as the primary cause of peace in Iberia. While it explains the Muslim tolerance of other religions, it does not explain why Jews or Christians tolerated the Muslims. Three factors can account for coexistence between all three religions: the spread of Arabic literature, the cultural exchange facilitated by intermarriage, and lastly, the establishment of the Caliphate in Córdoba. The first factor contributing to cultural exchange was the spread of Arabic literature. The blending of culture led to most non-Muslims on the peninsula speaking Arabic as a second language, which facilitated the spread of Muslim ideas and music. With the spread of the Arabic language, came the spread of Arabic literature and ideas. 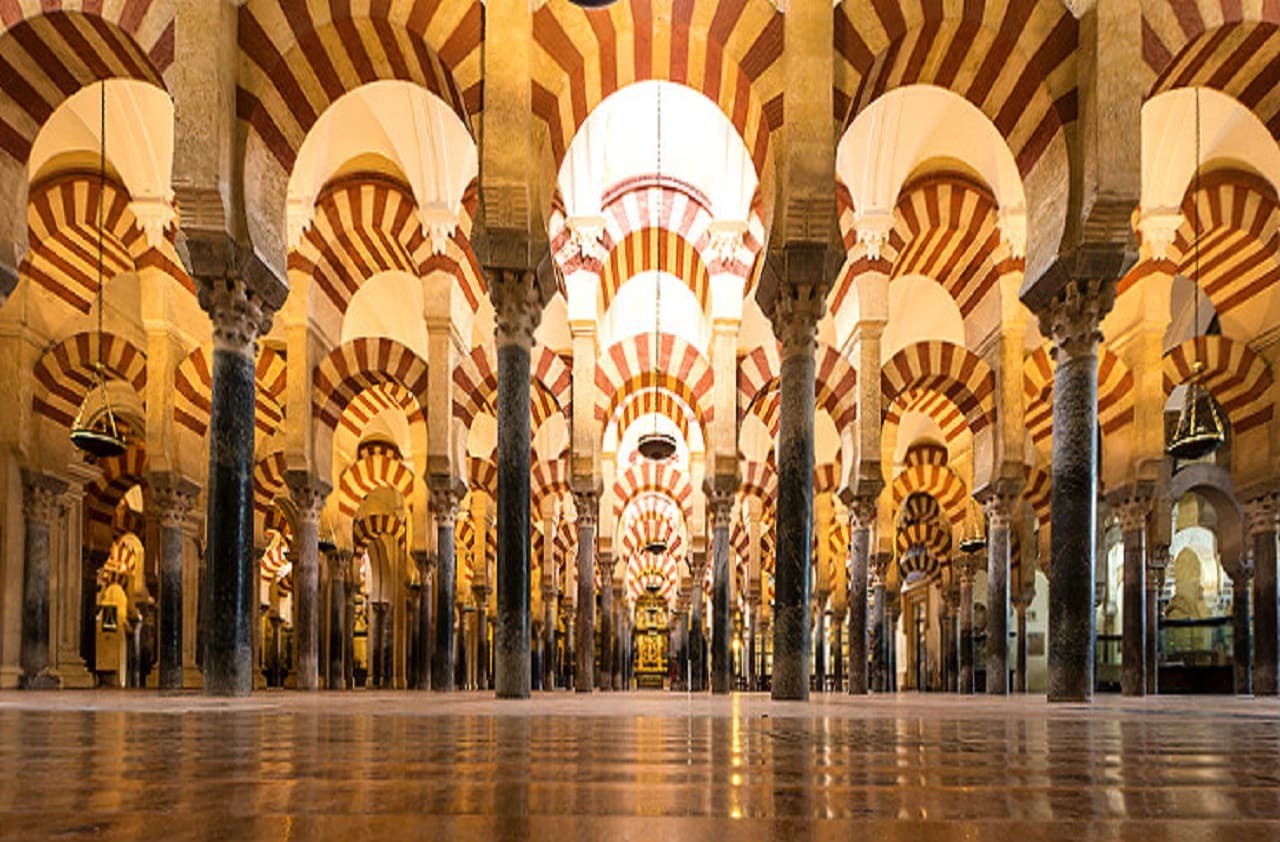 The coexistence of Muslims, Jews, and Christians during this time is revered by many writers. Al-Andalus was a key center of Jewish life during the early Middle Ages, producing important scholars and one of the most stable and wealthy Jewish communities and a relatively educated society for the Muslim occupiers and their Jewish collaborators, as well as some Christians who openly collaborated with the Muslims and Jews. As Sefarad, al-Andalus was the "capital" of world Judaism. María Rosa Menocal, a specialist in Iberian literature at Yale University, claims that "tolerance was an inherent aspect of Andalusian society". Menocal's 2003 book, The Ornament of the World, argues that the Jewish dhimmis living under the Caliphate, while allowed fewer rights than Muslims, were still better off than in the Christian parts of Europe. Jews from other parts of Europe made their way to al-Andalus, where in parallel to Christian sects regarded as heretical by Catholic Europe, they were not just tolerated, but where opportunities to practise faith and trades were open without restriction save for the prohibitions on proselytization and, sometimes, on synagogue construction.

Especially after 912, during the reign of Abd-ar-Rahman III and his son, Al-Hakam II, the Jews prospered culturally, and some notable figures held high posts in the Caliphate of Cordoba. Jewish philosophers, mathematicians, astronomers, poets, and rabbinical scholars composed highly rich cultural and scientific work. Many devoted themselves to the study of the sciences and philosophy, composing many of the most valuable texts of Jewish Philosophy. Jews took part in the overall prosperity of Muslim Al-Andalus. Jewish economic expansion was unparalleled. In Toledo after the Christian reconquest in 1085, Jews were involved in translating Arabic texts to the romance languages in the socalled Toledo School of Translators, as they had been previously in translating Greek and Hebrew texts into Arabic. Jews also contributed to botany, geography, medicine, mathematics, poetry and philosophy.

'Abd al-Rahman's court physician and minister was Hasdai ibn Shaprut, the patron of Menahem ben Saruq, Dunash ben Labrat, and other Jewish scholars and poets. In following centuries, Jewish thought flourished under famous figures such as Samuel Ha-Nagid, Moses ibn Ezra, Solomon ibn Gabirol and Judah Halevi. During 'Abd alRahman's term of power, the scholar Moses ben Enoch was appointed rabbi of Córdoba, and as a consequence al-Andalus became the center of Talmudic study, and Córdoba the meeting-place of Jewish savants.

Much of the scholarship on the Islamic Iberian Peninsula can be divided into two main viewpoints, essentially the former agrees that Islamic Iberia was peaceful, the latter contests that idea. Peaceful coexistence or Convivencia has “been used to describe the tripartite society of medieval Iberia ever since it was introduced by the great Spanish philologist and historian.

The initial display of tolerance and nonviolence by the conquering Muslims in the Iberian Peninsula was the catalyst for the cultural exchange that led to lasting peace in the region. Whether not using violence to conquer Iberia was a tactical decision due of their low numbers, or an expression of their obedience to the mandates of the Qur’an, the Muslim invaders showed religious tolerance to Jews and Christians. The largest contributing factor to the long standing peace was the cultural exchanges that occurred in the region. The adoption of the Arabic language and Muslim dress along with intermarriage and an exchange of ideas resulted in peace in Iberia.

Muslim Spain furnishes one of the most excellent examples of peaceful co-existence of various cultures and religions. It sets example for contemporary Muslims how to live peacefully with non-Muslims. For seven centuries the Muslims held Spain, and the beneficence of their rule, in spite, of intestine quarrels and dynastic disputes, is testified to and acknowledged even by their opponents. On their arrival on the soil of Spain, the Saracens published an edict assuring to the subject races, without any difference of race, or creed, the most ample liberty. Suevi, Goth, Vandal, Romans, and Jews were placed on an equal footing with the Muslims .They guaranteed to both Christians and Jews, the full exercise of their religions, the free uses of their places of worship, and perfect security of person and property. The high culture attained by Spanish Arabs has been sometimes considered as due principally to frequent marriages between Muslims and Christians. This circumstance, undoubtedly, exercised a great influence on the development of the Spanish Muslims and the growth of that wonderful civilization to which modern Europe owes so much of its advance in the arts of peace.